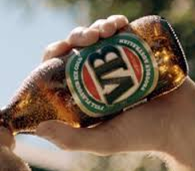 While alcohol consumption has been decreasing in wealthy, developed countries over the past 20 or so years (down 2.5%), this has masked a worldwide increase in dangerous binge drinking in youth and women. Harmful alcohol use is a major factor in non-communicable diseases, early and accidental death and disability, and can affect brain function for life.

The Organisation for Economic Cooperation & Development (OECD) calls binge drinking a major public health and social concern. Defined as the ‘excessive consumption of alcohol in a short period of time’, binge drinking now accounts for a higher proportion of deaths worldwide than HIV, AIDS, violence and tuberculosis combined. It is also associated with higher rates of accidents and violence, increased risk of acute and chronic health conditions, reduced economic input (loss of 1% of GDP) and contributes to disability and early death. In Pacific youth living in New Zealand alcohol consumption is associated with risky behaviours (injury and unprotected sex), greater risk of later dependence and a lower tolerance to alcohol than adults [3]. And that does not even cover the longer-term chronic impacts on health.

The reason for the increase, according to the OECD, is mostly due to alcohol becoming cheaper and more available. For women it has been called ‘the dark side of equality’ (Mark Pearson, OECD Head of Health) [1,2].

“Overall, less-educated men are more likely to indulge in heavy drinking while the opposite is true for women where the better-educated are more prone to heavy drinking.”

Alcohol use, injury and NCDs

Alcohol in general affects global rates of Non-communicable diseases (NCDs) and is a causal factor in more than 200 disease and injury conditions [7]. Recent WHO estimates attribute 3.3 million deaths (about 5.9% of all deaths) each year directly to alcohol. The highest percentage of alcohol-related deaths among people 15-29 years old (alcohol is responsible for nearly 10% deaths in this age group worldwide) [6]. WHO puts the alcohol-attributable death and disability in 20-39 year olds at 20%. This makes alcohol the world’s third largest risk factor for disease; it is the leading risk factor in the Western Pacific and the Americas and the second largest in Europe.

Disaggregated alcohol-related death data suggest that harmful drinking mostly leads to unintentional injuries and cardiovascular diseases, followed by cirrhosis of the liver and various cancers; an increasing number of analyses also find a significant burden of sexually-transmitted diseases attributable to alcohol intoxication, including HIV/AIDS infections, and a number of infections attributable to alcohol’s immuno-modulating properties, which predispose alcoholics to diseases like tuberculosis (however, this may be confounded by housing insecurity among chronic alcoholics, as living in cramped quarters is an independent risk factor for TB infection) [6,8].

The NCD Alliance recognises that addressing harmful use of alcohol is essential in approaching the NCD epidemic and highlights the strong linkages between alcohol and several of the main NCDs.

Binge drinking as a teenager can affect the brain for life

Alcohol slows the part of the brain that is responsible for the development of learning and memory, before it has fully matured. In a study at Duke University, rats regularly given alcohol while they were adolescent (and not as adults) researchers found poor levels of concentration and ability to learn new skills. It also caused them to act like immature rats [4].

“In the eyes of the law, once people reach the age of 18, they are considered adult, but the brain continues to mature and refine all the way into the mid-20s,” the lead author of the study, Dr Mary-Louise Risher, a post-doctoral researcher at Duke University, said. “It’s important for young people to know that when they drink heavily during this period of development, there could be changes occurring that have a lasting impact on memory and other cognitive functions,” she added.

Alcohol poisoning is a medical emergency

Hundreds of people die each year from acute alcohol poisoning or overdose [5]. Drinking too much too fast can kill you. Alcohol is a depressant drug and slows some body functions including heart rate, blood pressure and breathing. This can lead to unconsciousness which occurs dangerously close to the fatal dose of alcohol – many people think the worst that can happen is a hang-over the next day. But people who survive the alcohol poisoning can sometimes suffer irreversible brain damage. The signs of alcohol poisoning are:

What about our youth?

Harmful use of alcohol is a pattern of drinking that causes damage to physical or mental health, in addition to the broader impacts on societies and economies. Together with smoking, diet and physical inactivity, consumption of alcohol is among the four most important risk factors for non-communicable disease (NCD) [9].

The main approaches to stemming the increasing trend to binge drinking address education in the hope that people will act in their own long term interests (despite heavy marketing and social pressures), forbid some forms of consumption and/or regulate the market. But confusion brought about by the health-protective effects of alcohol in some situations, the fact that alcohol is part of the daily life of decision-makers and industry forces keep alcohol low on the list of discussions on NCD risk factors in international processes. Against these forces the public health effort on alcohol is weak [9]. The case for increased priority being given to act on alcohol to address NCDs and other public health concerns is now very strong and the relative lack of action on alcohol is increasingly indefensible.

With NCDs at epidemic levels in Pacific Island countries and binge drinking on the increase, where does that leave our youth?