A coral atoll, is a ring-shaped coral reef including a coral rim that encircles a lagoon partially or completely. There may be coral islands/cays on the rim. The coral of the atoll often sits on top of the rim of an extinct seamount or volcano which has eroded or subsided partially beneath the water. The lagoon forms over the volcanic crater or caldera while the higher rim remains above water or at shallow depths that permit the coral to grow and form reefs.

The whole atoll is formed out of biologically derived sediments – all made locally on the atoll itself. For the atoll to persist, continued erosion or subsidence must be at a rate slow enough to permit reef growth upwards and outwards to replace the lost height. 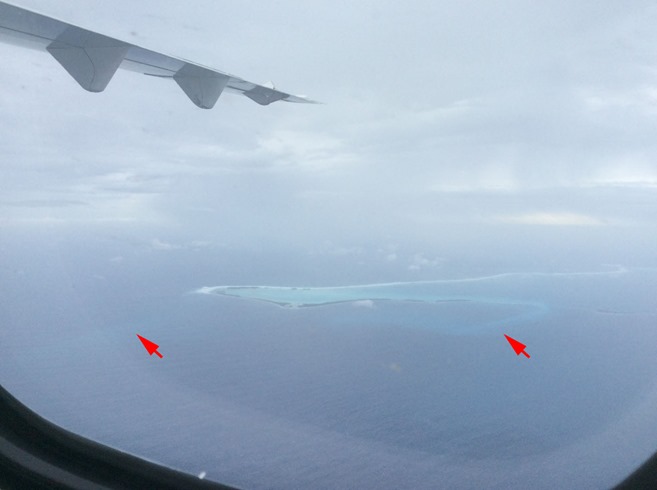 On the 12th March 2015 I flew out of Funafuti International Airport bound for Tonga. There were a few hours of calm before the effects returned for a final onslaught on that day, and the flight to Suva went ahead as planned. After take-off, we were treated to the usual spectacular view of the atoll with its 33 small islets perched atop the atoll rim surrounding Funafuti Lagoon. Only today the lagoon was milky and there were huge seas breaking over the western reef. I did not know it at the time, but several islets had been severely damaged and one had completely disappeared. 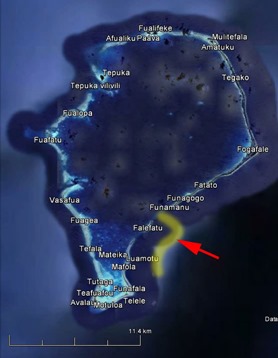 What I did see was a large plume of sand exiting the lagoon. Extending out to sea for a distance of some 4km into water at least 1500m deep. A permanent loss from the atoll; sand that can never be recovered and that is an important part of the system’s budget.

Atolls exist in a delicate balance between new sand and coral rubble being generated on reefs and in the lagoons which is balanced by sand and rubble being eroded by wind and waves and lost into the ocean. If the amount of material being generated is greater than the amount being lost to the ocean, the atoll accumulates material and grows. If the opposite is true, the atoll starts to erode and shrinks.

This is not necessarily a problem. Atolls have always been subject to these processes. In fact many of the islets of the Pacific are formed by sea-level rise that acted to force reefs to grow upward, and storms that tore corals off their limestone bases and aggregated them on ridges to form the islands. Sand then accumulated on the lagoon side from the finer sands being produced on the outer reefs and the lagoon.

The main contributors to the sediments are corals, calcareous algae, foraminifera and shellfish. As long as they are growing well they supply materials for waves, currents and winds to reorganise into lagoon sands, beaches and storm ridges. 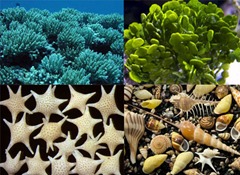 These days Funafuti lagoon may be producing less sediments than it did before. With severe pollution coming from sewage, use of coral rubble and sand and other human impacts, corals have died off on the eastern side of the lagoon. Additionally, corals and and sand-producing algae have been replaced with an overgrowth of soft algae that do not produce sediments. The real problem is that these changes may be lowering the production of rubble and sand on the atoll which means that losses like the plume I saw during Cyclone Pam could tip the balance more towards a nett loss of island-building materials.