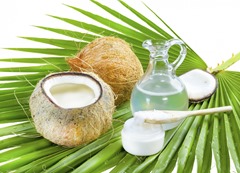 Did You Know…that an exciting new natural Candida treatment is also one of the best remedies for Alzheimer’s prevention?

Caprylic acid (a medium-chain triglyceride) is an anti-fungal agent found naturally in coconuts. It’s also the active ingredient in a new medical food validated by scientific research as an effective treatment for Alzheimer’s. The medical food is being marketed under the name Axona.

The substances produced by caprylic acid in the body–known as ketones–can provide that essential alternative source of energy.

Candida albicans is a fungus (also referred to as a yeast) that causes a host of undesirable effects in the body. Candida overgrowth is a dramatically under-diagnosed condition that endangers the health of millions of people, many of whom have no idea of their condition.

Leon Chaitow, a renowned alternative health practitioner and author, says, “Candida is possibly the least understood, most widespread cause of continuing ill health currently in our midst.”

Everyone has some Candida in his or her system. Ordinarily, digestive bacteria controls Candida levels. However, if your immune system is compromised, an overabundance of Candida can occur.

The technical term for this condition is candidiasis–and its prevalence has climbed rapidly over the last few decades. Experts speculate that this increase stems from our modern diet of processed foods, diabetes, obesity, and excessive use of antibiotics.

Unfortunately, candidiasis is extremely tricky to diagnose. Doctors often mistake it for other conditions, such as:

Not only will the treatments prescribed for any of these conditions fail to address candidiasis, but they will often increase the growth of Candida.

Could You Have Candidiasis?

If you’ve been feeling generally unwell and don’t know why, it could be candidiasis. This condition is difficult to identify because it affects each sufferer in unique ways, which means that patients are practically forced to self-diagnose.

The following list covers the most common symptoms of candidiasis:

If you have 2 or more of the above symptoms, candidiasis could be the culprit.

Natural health experts say that treatment with caprylic acid will vary depending on whether you are using it for Alzheimer’s or for natural candida treatment.

According to an article in Alzheimer’s Weekly, coconut oil contains active ingredients that can provide the brain with the ketones needed to improve function in Alzheimer’s patients. The article advises, however, that Alzheimer’s treatment should always be supervised by a physician, whether the remedy is coconut oil, caprylic acid capsules, or the prescription-based Axona.

Numerous studies have confirmed the efficacy of caprylic acid against candida. Some practitioners recommend coconut oil as a food source of capyrlic acid. However, caprylic acid is also available in capsule form for those who need higher doses or who find capsules more convenient.

Caprylic acid supplements are available through health food shops, pharmacies, and online health retailers. Natural health practitioners say that the symptoms of Candida overgrowth should be greatly reduced after taking the supplement, as directed, for a short period of time.