Why Poor Nutrition in the Womb Can Lead to Obesity Later in Life April 4, 2015 Tautai
News
Comments Off
Nutrition 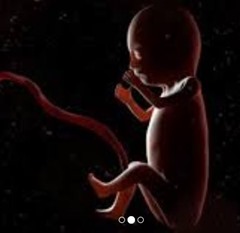 Babies receiving poor nutrition in the womb tend to be smaller at birth, which has been linked to the development of obesity and other health problems later in life.

Researchers continue to discover other consequences related to undernutrition during pregnancy. A new study examines how poor foetal nutrition affects protein expression in the fat tissue of adult rats, revealing key differences between males and females.

The research helps explain why girls who experienced poor prenatal nutrition in utero are at higher risk than boys for developing obesity as adults. The findings could help researchers develop new drugs to help with weight control in people predisposed to obesity.

Every year, 17 million children are born undernourished due to a mother’s lack of nutrition. Obesity is a rapidly growing problem in developing countries, where an estimated 900 million adults are overweight or obese. “In developing countries, insufficient and inadequate food access is a very real problem,” said Eliane Beraldi Ribeiro, Ph.D., associate professor at Federal University of São Paulo and research team lead. “A better understanding of the molecular mechanisms at work in the metabolic reprograming that results from prenatal undernutrition could lead to interventions and treatments that help lessen the health effects.”

In the study, the researchers gave pregnant rats half the amount of food they would normally eat. When the pups were adults, the researchers used a mass spectrometry technique called MALDI-TOF/TOF to determine how proteins present in their fat tissue differed from tissue of rats that received normal prenatal nutrition. MALDI-TOF/TOF mass spectrometry provides highly sensitive analysis of global protein levels.

The female adult rats that experienced poor prenatal nutrition developed obesity and showed lower levels of 18 proteins and higher levels of four proteins, compared to normal rats. The males with poor prenatal nutrition did not develop obesity but still had lower levels of 12 proteins and higher levels of 17 proteins. When the researchers looked at the metabolic pathways in which these proteins were involved, they found that the protein changes seen in the females were tied to impaired glucose metabolism while cellular energy production was mainly affected in males.

Because the affected proteins differed between male and female rats, the results suggest that poor prenatal nutrition has different long-term effects in males and females.

“We did not select a protein or group of proteins to study in advance — we studied the whole pool of possible proteins that might be expressed in the fat tissue, which is in the range of hundreds,” said Ribeiro, who will present the research at the American Physiological Society (APS) Annual Meeting during Experimental Biology 2015. “Our approach allows the identification of proteins that no one else thought were involved. Now it is necessary to perform more studies to understand how the metabolic differences we observed relate to susceptibilities for developing obesity.”

Now that the researchers have pinpointed which proteins are affected by prenatal undernutrition, they can conduct further experiments to explore how each one might contribute to the development of obesity. The researchers hope this next phase of the research can reveal drug targets to help increase glucose metabolism in fat cells and reduce a person’s likelihood of becoming obese.